The Effects Of Yoga On Alzheimer’s

The effects of yoga on Alzheimer’s

The world is experiencing the first significant population aging crisis in its history. By 2050, there will be over 2 billion people aged 60 and older and cognitive impairment will become more prevalent as the older population grows.

Yoga and other Mind-body interventions like tai chi, mindfulness, and meditation have become popular methods of stress relief all around the world. The Yoga Alliance reports that the number of yoga practitioners has risen from 20,4 million to 36 million. The number of practitioners over the age of 50 is also on the rise, with over 14 million people.

Researchers have recently discovered that yoga can improve cognitive functions associated with aging. A study by Gothe et al. compared the effects of yoga on cognition over a period of 8 weeks among 118 community-dwelling older adults. It was seen that the yoga group had a significantly better executive function, working memory, and mental-set shifting productivity than the control group.

What Yoga Can Do For Older Adults?

Yoga instructors combine stretching and strengthening poses with breathing exercises and relaxation to create an ideal mind-body connection. Despite yoga’s Eastern roots, it is primarily a form of physical exercise adapted for the West. Even though it has a spiritual dimension, it is not overtly religious. All people can benefit from yoga, regardless of their faith or belief system.

Yoga poses can be modified or adapted so that seniors, regardless of their fitness level or physical ability, can safely practice them. Exercises such as jogging and weightlifting place a lot of strain on the joints. Yoga, however, can provide a strong and healthy body without such complications. 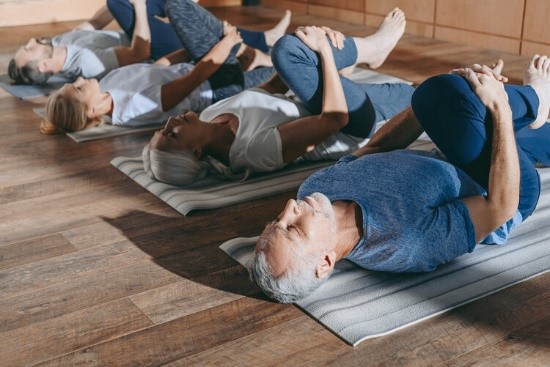 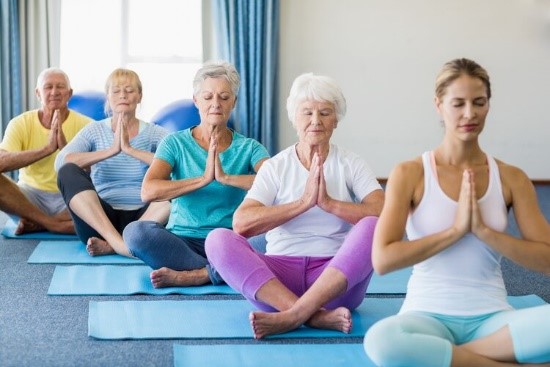 Yoga can provide many benefits for seniors, including: